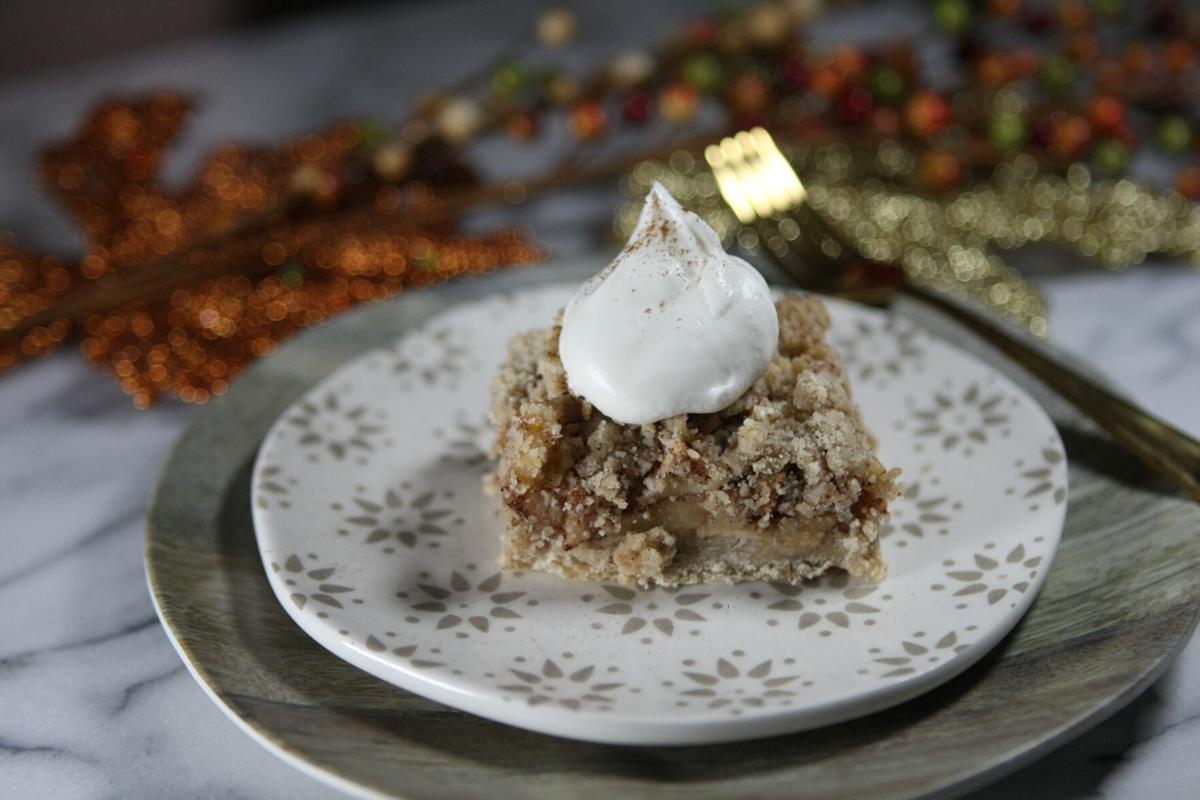 I was in the midst of a leisurely morning of cooking and baking one recent weekend when my mom popped by for a visit. I was cooking ahead for the week and thinking of something appley for dessert – because nothing hits the spot this time of year like a sweet treat made with freshly picked apples.

Pots of soup and curry were simmering away, my awesome playlist was blaring on the speaker and I was just getting my dessert ingredients situated when a noisy horde descended upon me in my kitchen haven.

“Whatever you’re doing, hurry up,” the hubby said. “We’re going to show your mom an episode of ‘Ted Lasso.’”

For those of you who aren’t familiar, “Ted Lasso” is a show that streams on Apple Plus; it’s a funny, smart, complex and ultimately heartwarming show about an American college football coach who is hired to head up a professional soccer club in England. The show has won rave reviews (and plenty of awards) and is among the hubby’s newest obsessions.

And, sweet man that he is, he wanted to share it with my mother, who has the patience of a 2-year-old in church.

“I need to get these bars in the oven,” I explained calmly, trying to usher the two of them out of my carefully controlled culinary sanctum.

“But your mom said she’d sit and watch an episode,” the hubby replied. “And she’ll change her mind if we don’t watch it NOW. So we’ll help. What do we do?”

The hubby peeled and chopped apples while Mom prepared the crust and I sat on the barstool trying to coordinate. You know that phrase “too many cooks in the kitchen?” It was invented for a reason. It’s an actual thing, both literally and figuratively.

The apples weren’t uniform. The crust wasn’t mixed with a pastry blender. It’s not how I would have done any of it.

But I wouldn’t have changed a thing. The hysterically chaotic memory of the 5-minute prep far outweighs my desire for pastry perfection, and the bars turned out absolutely amazing in the end, anyway.