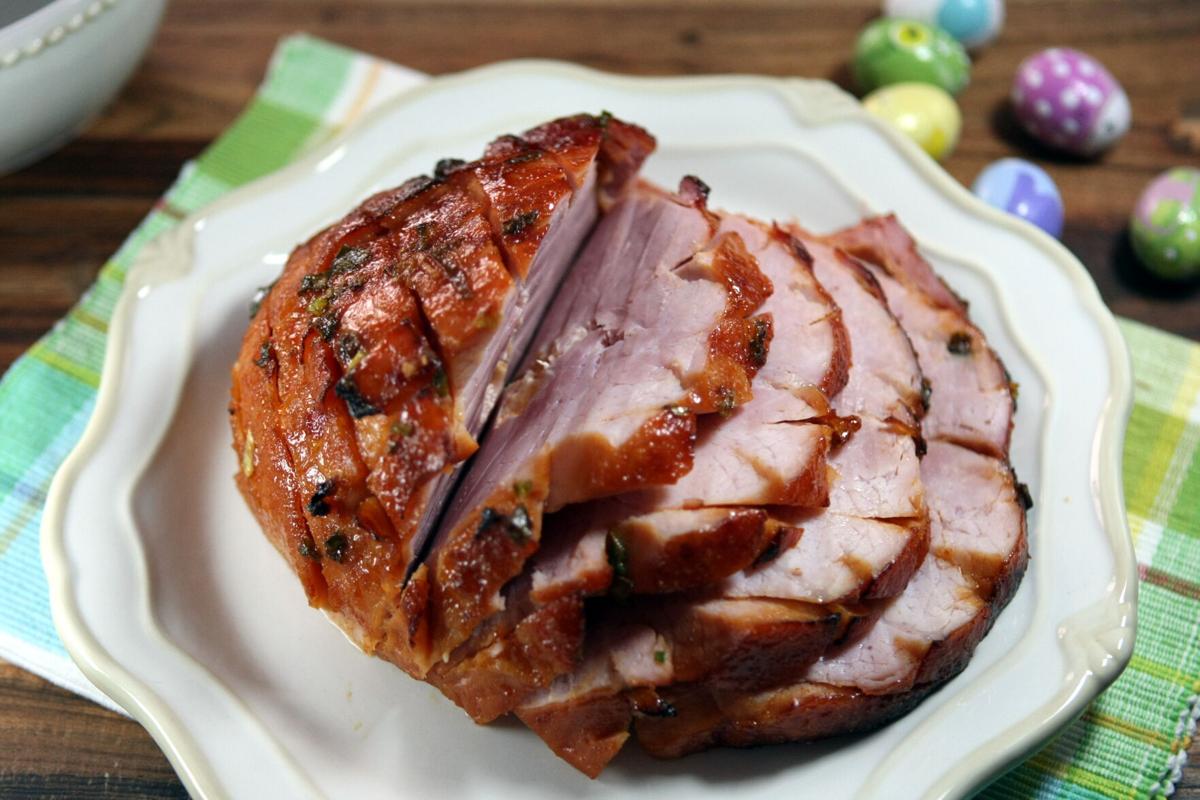 Easter in the Short household is usually pretty low-key. In the days before COVID (remember those?) we’d often head to my mother-in-law’s home in rural Portland, N.D. on Saturday. And the hubby makes homemade pizza at some point every Easter Sunday because he adores checking his dough after a few hours and yelling, “IT HAS RISEN!”

This year we’ll be spending Sunday in Valley City with my grandma, whom I get to see in person for the first time in about a year and a half. We’ll be dining out to keep things simple, but I’ll still need my Easter ham fix at some point.

I tried this recipe recently in the air fryer because I’m always looking for holiday recipes that free up my oven for side dishes. You can make this in the oven just as easily, because the secret to this ham isn’t the cooking method; it’s the sumptuous, sticky, sweet and spicy glaze.

The recipe is written for a 5-pound ham, but you can use a 3- or 4-pound ham, depending on the size of your air fryer (if you’re using it) and the size of your crowd. (If you need more than 5 pounds of ham I’d recommend buying two smaller hams so you maintain that optimum glaze-to-ham ratio.)

Your cooking times will vary slightly if you use a smaller ham:

Any way you slice it – or bake it – this ham will add a little kick to your Easter spread. And to the leftover sandwiches afterward.