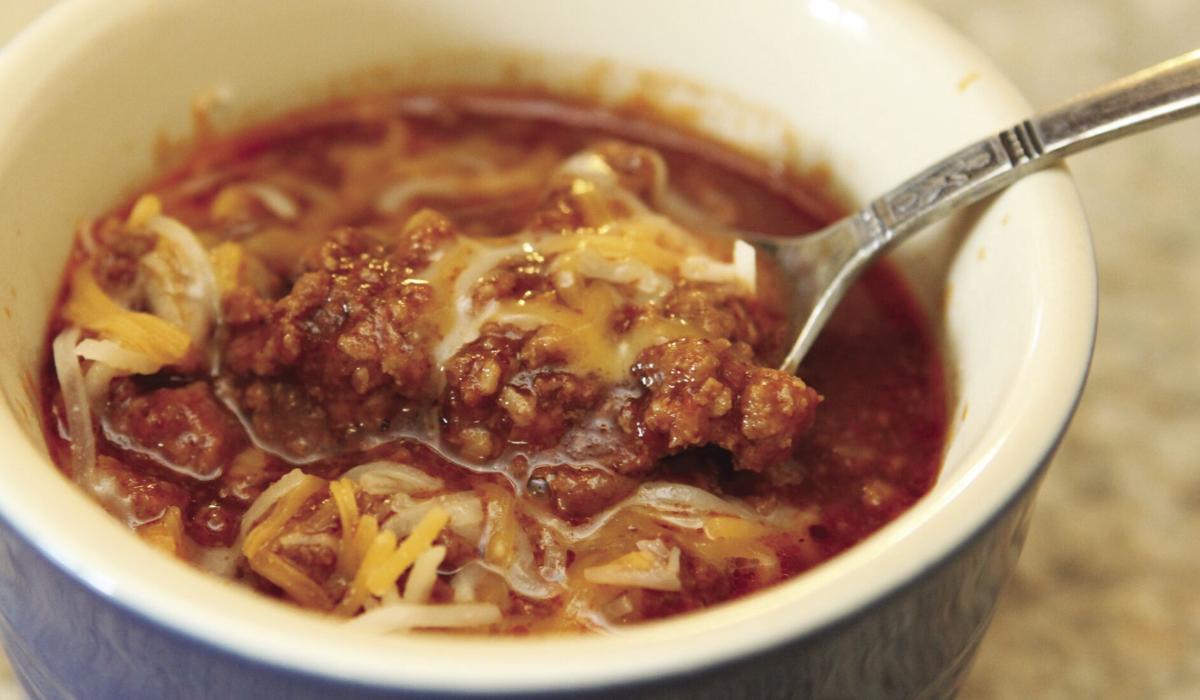 Editor’s note: This column originally ran in the Sept. 7, 2012 issue of the Banner.

One evening I was rushing to make a pot of the hubby’s beloved chili before he arrived home from work. In my haste, I grabbed a red-capped bottle of chili powder and dumped in the specified four or five tablespoons. It took about two seconds for me to realize I’d accidentally grabbed the red-capped bottle of cinnamon, instead. I grabbed a ladle and scooped out that portion of the chili, but I could still taste the cinnamon. So I did what any self-respecting cook would do: I tried to cover it up. I added some beef bouillon and cumin, hoping the strong flavor of the cumin would mask the cinnamon.

The hubby came home, grabbed a bowl of chili and proceeded to eat in silence. Finally I asked, “Did I do OK with your recipe? I changed it up a bit.” The hubby, still chewing, said dryly, “Tastes fine. Next time, leave out the cinnamon.”

Cinnamon aside, I loved the beefier, cumin flavor of the chili, so I played around with some other recipes until I settled on this version – no cinnamon, beans optional.

Aside from the taste, my favorite thing about this chili is its versatility. You can add an extra cup of tomato sauce if you like your chili soupier. You can reduce or cook off the tomato sauce and use this in taco salads, enchiladas or nachos. I typically make this chili in my slow cooker but it also cooks easily on the stovetop. And it freezes and reheats beautifully. I freeze single servings in resealable bags to keep on hand for lunches or quick suppers. (One of my favorites? My infamous chili and cheddar omelet. Don’t knock it ‘til you try it.)

Serve this chili with your choice of toppings. I like mine with cheese and hot sauce. The little man likes his with black beans and small pasta. My brother tops his with cheese, hot sauce and sliced jalapenos. And we all prefer to use tortilla chips in place of spoons.

The hubby, meanwhile, prefers to make his own chili.

Note: This recipe calls for ancho chile powder and Mexican oregano, both of which can often be found in the Hispanic foods section of the grocery store. You can also order them online and they’re fairly cheap. You can substitute any kind of chile powder and regular dried oregano.