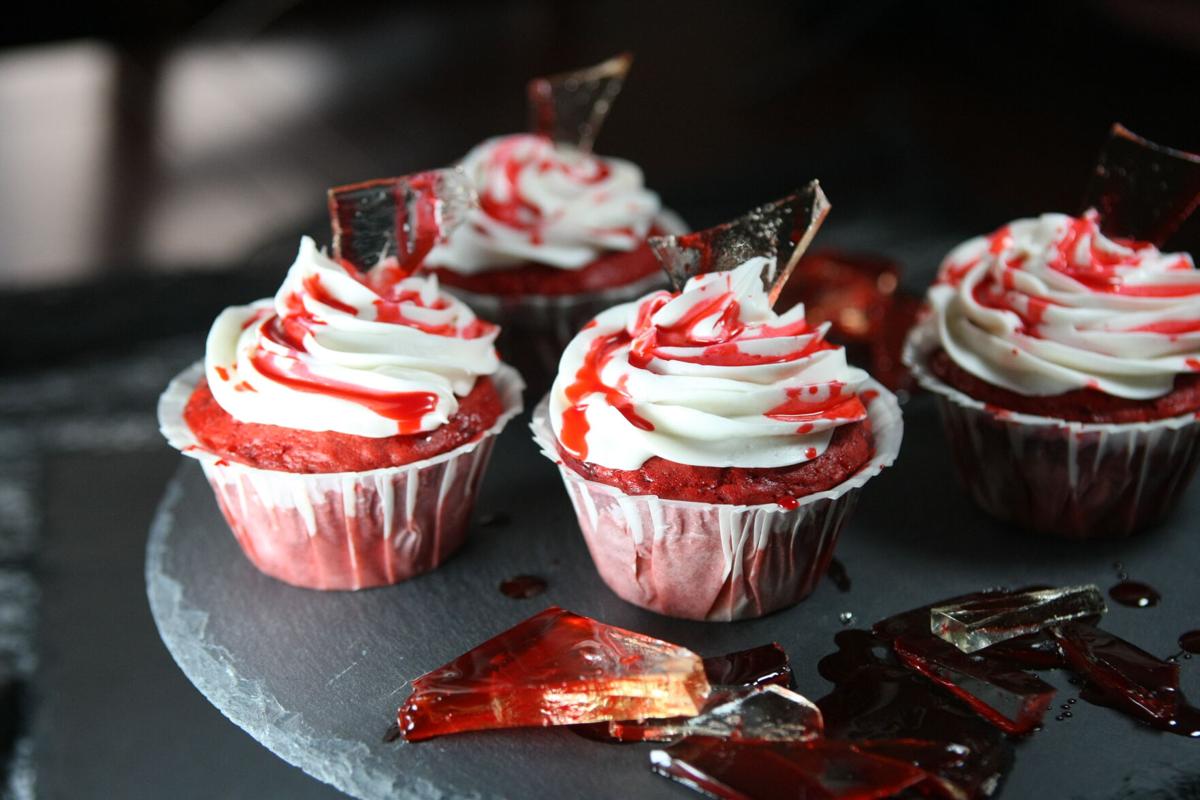 I’m pretty shy and don’t always consider myself the best conversationalist in the world, but I can usually carry on a chat like a normal person when the need arises.

I’ve discovered, however, that I tend to be the party responsible for the abrupt endings of most of my conversations – sometimes by socially awkward accident but, more frequently, because I can’t resist saying something just to see how people will react.

A few weeks ago I found myself in the local grocery store, stocking up on supplies for an afternoon of Halloween baking. I was making chit-chat with an acquaintance who, upon noting the contents of my cart – which included corn syrup, corn starch and multiple bottles of red food coloring – said, “You look like you’re baking something. Let me guess. Red velvet cake?”

“Actually,” I said with a straight face, “I’m making a variety of different types of edible blood to see which has the best combination of color, viscosity and flavor.”

I’ll admit, I was curious to see where that would take the conversation.

The answer is “nowhere.” There is no natural conversational progression from that sentence. We both just stopped talking and resumed our errands.

It was a true statement, however. The hubby was gone, so the kiddo and I were playing around with making candy glass and edible blood for these cupcakes. And yes, we were testing different types of fake blood to see which worked best.

These ghoulish treats look complicated, but you can use store-bought cake mix and frosting. The fun is in the broken-glass candy (which needs to be made in advance), and then drizzling everything with the fake blood – the recipes for both of which are included below.

Notes: To make the candy glass, you’ll need a well-greased, rimmed baking sheet and a candy thermometer (unless you’re a wizard). And yes, the candy itself can be sharp when broken.