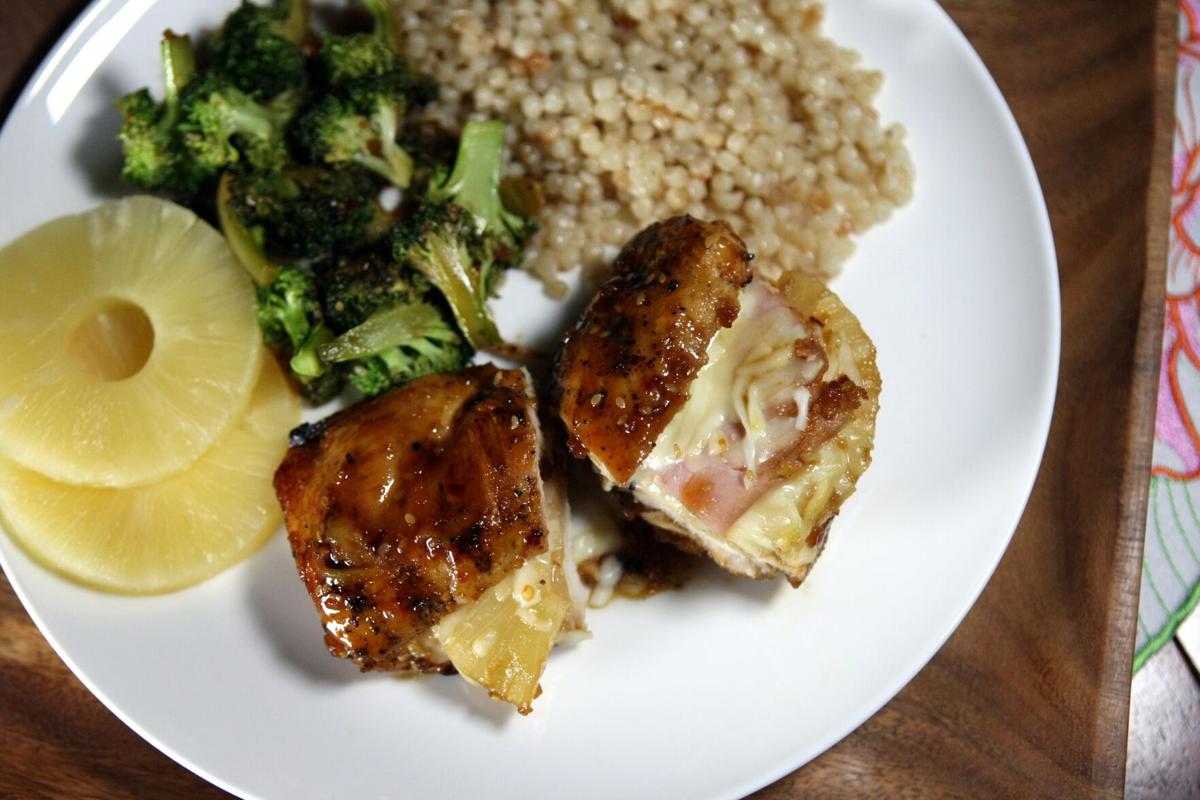 Everyone has their weird little phobias and I’m no different. For example, I’m not a huge fan of heights (or falling from them), freak out at the smallest encounter with the most minute of spiders and, as a parent, generally see danger coming from all directions any time my kiddo leaves the safe confines of our home.

But among my weirder, more nonsensical phobias – and typically my most easily avoided – is chicken stuffed with other foods.

Yes, I know. First World problems and all that. But the hubby and I both have always dreaded those sit-down catered meals – typically at weddings or conferences – where you get the obligatory mystery chicken atop a bed of rice pilaf.

Obviously, there’s going to be something inside it. Because plain chicken is apparently not fancy. But what will jump out at you when you cut into the chicken? Spinach stuffing? A pooling mess of herbed butter? Ham and cheese?

I don’t like the element of surprise involved with stuffed chicken, but I also question whether the chicken can completely cook through when its structural integrity is compromised by stuffing. Undercooked chicken is another of my phobias. (And don’t even get me started on properly trimmed chicken. I’m seriously really, really weird about my chicken.)

That’s why I was so excited to see the cooking method for this island-inspired take on chicken cordon bleu in several online recipes.

Traditional chicken cordon bleu entails pounding a piece of chicken thin, layering it with ham and cheese, rolling it, breading it, baking or frying it and serving it with a mustard-based sauce.

This recipe is decidedly faster and easier – and healthier – and the chicken is grilled before it’s stuffed. Then it goes back on the grill to heat through, so the ham and cheese bubble and ooze out the little pocket you created.

This alleviates all my stuffed-chicken phobias; the chicken is definitely cooked through beforehand, and I can plainly see what I’ll encounter when I cut into my food.

Pineapple adds a tropical element to the cordon bleu stuffing, and instead of a traditional mustard sauce, the chicken is basted and bathed in a teriyaki (I used Soy Vay brand less-sodium sauce and marinade), pineapple and Dijon mustard glaze, which I doctored to suit my own tastes.

Now you can have your fancy chicken any night of the week, which is a happy surprise I can get behind.