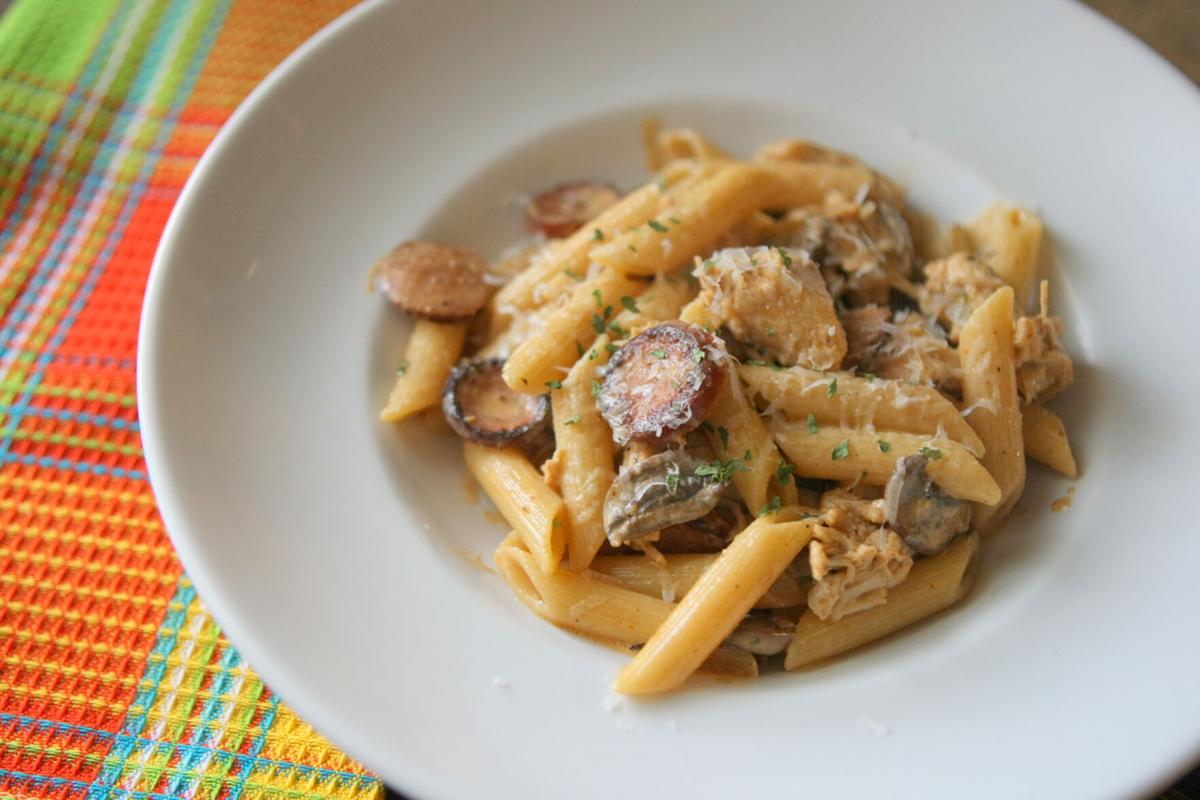 After a year of eating healthier and exercising almost daily, I’ve been couchbound for about a month with a boot on my foot and I’m starting to get a little stir crazy because I feel like a slug.

I promised myself I’d eat a low-fat diet while I was recovering, but one evening when I was griping about being hungry, my 11-year-old had a talk with me.

“Here’s the deal,” my son said. “I know you’re worried about putting on weight since you just worked so hard to lose a lot of it. I get it. And you need to accept the fact that yes, you probably are going to put on some weight until you can exercise again.

I’m trying to worry a little less about the calories I’m ingesting while idle, although the hubby doesn’t always make it easy. Don’t get me wrong; he takes extremely good care of me. We just have different opinions at times of what constitutes a balanced meal. (I stand by my opinion that fried chicken is not an appropriate side dish for a ham and turkey sub, but I digress.)

This dish is a compromise of sorts, as well; it’s not healthy but also not terrible for you. And with this meal-in-one recipe, you don’t have to bicker about what to serve on the side.